"A book club for the politely haram and calmly heretical."

"A book club for quiet men of thought and gentle women of virtue."

"Join this book club if you want to get banned from your other stupid book club."

Dune is a feudal space epic following Paul Atreides in his quest to maximize his potential, and manifest the wandering dreams of prophecy into reality. The dangers of honing and wielding this power, the tautological endpoints of mysticism, and the merit of insider and outsider strategies for toppling hierarchies are all part of the journey. Dense lore drapes itself across the pages, a kelp forest with clearings, and layers, where dark secrets hide until the reader parts them with their hands. There are no aliens, but there are creatures whose degree of alienation or alteration into specialized castes makes them seem inhuman. The economy of Dune is dominated by conglomerates, monopolies, and guild corporations that impoverish and oppress everyone. This system presided over by the emperor, prevents competition and props itself upon the only crutch it can: the sword. I mean this literally, of course, projectile weapons are irrelevant in Dune. Sword combat is commonplace. The pervasive violence of Dune is no mistaken exuberance on Herbet's part. The application of force is the underpinning of this world and you as the reader would do well to dissect its presentation. Dune reflects on fear, ruthless force, hierarchy, power, and the quest to embrace a prophetic potential. Some readers are intimidated by its nearly one thousand pages unabridged read time. Remember, fear is the mind-killer. Fear is the little-death that brings total obliteration. You must face your fear.

Stranger in a Strange Land 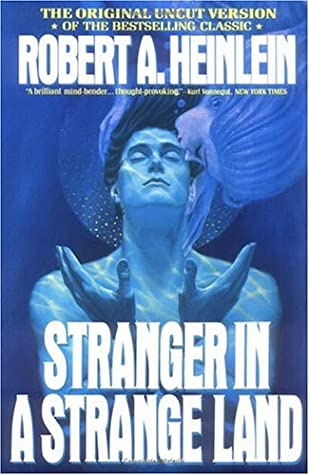 In Exodus 2:22, Moses says "I have been a stranger in a strange land," which describes his sense of otherness in the land of Midian. Heinlein's Stranger in a Strange Land is about the unsettling realities that make us human. A man comes from mars to live on earth and rediscovers a strange homeland that will seem familiar and bizarre to many readers today (a world with a UN government, flying taxis). In Stranger force is not examined as a natural constraint of our reality, but rather a dimension to alter. Love (both emotional and physical) is dissected and separated from its consequences. The removal of suffering and speculation on how that would affect the trajectory of human cultural development are boldly put forward. Stranger asks us also to deconstruct the savior myth and understand worthy goals for a true teacher of morals. Reflecting the spirit of the 1960s, the Heinlein proposes the idea that an awakened consciousness unbounded might change the world but also asks us to consider the consequences of altering these human constraints. We are made to ask what becomes of a reality not based on truths we have known, but truths that could be. What does it mean for a man to happen to the world, and not experience the world as it is happening to him? It asks us to consider a nascent culture he might bring that is all at once gentle, hungry, promiscuous, and alien. 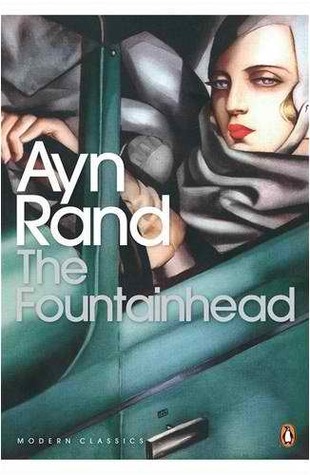 When I opened the pages of this book I smelled the unmistakable aire that forces itself up your nostrils and makes you remember you are a sovereign, thinking, willful being, and your life, yours and no other, is waiting for you to sculpt. Yes, I smelled the unmistakable perfume of Ayn Rand. Rand, unusually, manages to blend both Romanticism and Realism in a storied clash between different philosophical schools of architecture. The book is of course, not about the erection of structures, or the competition between rivals, and not even the construction of a man, Howard Roark. Roark is an archetype, a being of pure and innocent morality whose Randian perfection is complete even before the story begins. In Rand's conception, he simply is: pure, moral, true, eternal, and justified. What we're really doing when we read is following the other characters in their heroic quest to find, or hopelessly lose, this perfect Achaean and the moral standard he embodies. This leaves me to pronounce the stupidly obvious: that the story is a relation between objects (people, buildings, moral codes, even statues). A great irony is that the masculine Roark never seeks an object to possess. He seeks to possess nothing but the things he builds until he lets them go, exchanging them for satisfaction and purity of conscience. All that comes to him, in the end, is morally acquired through voluntary exchange, all that comes to him is owed and owned. As the reader, you are encouraged to probe the relationship between beauty and possession, possession and ownership. A critical reading of The Fountainhead should provoke questions and examination of one's own life and individuality. Are you an owner of your life, your ideas, your morality? Or are you owned? Did you earn that which you own, or is it a collar and chain wrought by the wicked wands of others? Rand is sometimes considered controversial for her views, but through the haram often communicates uncomfortable truths. Truths about justice, the self and the other, about objective beauty, and truths of the desirous scriptures of possession and ownership.

The Sailor who Fell from Grace with the Sea

The Sailor is about the sterility of modern society, its marginalization of romantic masculinity, for easier, safer, more demure expressions of life. Noboru and his gang of compatriots react to this marginalization with violent antisocial behavior. Their horrific actions, the tension leading up to them, are all of course punctuated by an overcurrent of innocence, they aren't even teenagers yet -- they're merely responding to death with life in the only way they know. Mishima wants to say something about the violence within all of us and especially all men. Of course, the book is political in the assertive greek sense. The gang asserts its independence by pronouncing its opposition and acting upon it. The descriptions are too uncomfortable to be a glorification of violence. I read them more as simple statements of truth without a characterization on Mishima's part. Noboru's reaction to a man competing for his mother's attention, and beauty recalls the basic instinct to recognize female beauty and possess it, but perhaps never own it. By his own law ownership requires participation in society, and thus death. To Noboru, the sailor represents freedom from the slavery of modernity he and his thirteen-year-old gang of philosophers crave. Of course, these romantic ideals are inevitably betrayed. This is perhaps a not-so-subtle critique of the unreasonableness of this kind of romanticism, the unreasonableness of the type of freedom these boys seek, and the morbid ends this type of thinkings leads to. The gang's reaction is so extreme it can be read like a parody. Of course, Mishima's own end reveals his opinion on the boys. In his mind, I have no doubt they are innocent, beautiful, clean. Is modern society too clean? Is there a whispering goblin with eyes of shadow in the soul of man that compels the search for dangerous, wild, and romantic frontiers? Is violent antisocial behavior the inevitable output of a society bent on building a cradle into a grave? Read, and discover.

Book Five where art thou? Of course you're not here, why would we keep our promises and actually deliver five reccommendations? That's like, a lot to read, bro. Look ok, you get the choose the last book, subscribe, and you'll get an email where you can have your say.

My name is Yvan and I've been reading a lot lately. I wanted to make a book club with some of the books I've been reading. I find that often when I look back on a set of books I notice themes or collections of similar ideas. Hopefully, each book here should be easy to read and hard to put down. Though I am recommending specific books, my goal is not to tell you what to read. I want to help you think about books and help you enrich your mind. If you like my flowery style you can checkout some of my other projects on my site: yvanscher.com